The Riddle of Latin American Economies

Macroeconomists have long been interested in how best to design monetary and fiscal policies that address the societal needs provided by governments and nurture the overall performance of economies. They confront this challenge by building formal models that are designed to capture the policy inputs and macroeconomic outcomes and have empirical credibility.

While there is a tendency in public discourse to focus on monetary and fiscal policies as distinct, in fact there are important interactions between the two. Neither operate in a vacuum, and collectively they can have a major impact on the overall performance of an economy. On April 1, 2016, the Becker Friedman Institute held a conference assessing some of the overall conceptual and empirical challenges posed by interactions of monetary and fiscal policy. The aim of the project featured at this conference was to draw on Latin American economic history to further our understanding of which policies best nurture economic success and which result in bad outcomes.  This complements George Hall and Thomas Sargent’s research described in Sargent’s Fiscal Insights piece called, “Honoring Public Debts.”

This is no small task, acknowledges Juan Pablo Nicolini, one of the organizers of the collaborative research effort titled “The Monetary and Fiscal History of Latin America.” However, he says, the time is right for economists to turn their attention to the vexing questions left in the wake of Latin America’s post-World War II economic performance. “We have the tools today,” Nicolini says, “and we are gathering important new data sets to shed light on Latin America’s turbulent economic performance in recent decades. We not only hope to help explain the past, but also to provide insights for better policies going forward.”

The Becker Friedman Institute, under the leadership of the University of Chicago’s Lars Peter Hansen, initiated sponsorship of this project starting in 2014.  Nicolini, senior economist at the Federal Reserve Bank of Minneapolis, is joined by Tim Kehoe of the University of Minnesota, and BFI Distinguished Fellow Tom Sargent in leading this project, which has engaged more than 30 economists to provide supporting research and analytical insights on 11 Latin American countries. The Becker Friedman Institute sponsored two conferences in Chicago, the most recent in December 2017, and six country-specific conferences and workshops dating back to 2014, where economists presented and refined their work. Among University of Chicago faculty, Fernando Alvarez has been actively engaged in this project.  The next step is to publish the completed papers, along with a comparative analysis that will describe common themes and suggest how to better structure macroeconomic policies going forward.

According to Hansen, these Latin American countries provide important sources of evidence to enrich existing models that connect monetary and fiscal policy. “My whole interest in this project from the outset has been to introduce some systematic evidence that can be used for proving grounds for alternative economic models and theories,” Hansen says.

To achieve that aim, the researchers are not only employing a common conceptual framework, but they are also building a comparable data set, according to Alvarez. The data, he says, will serve as an important contribution for future work. “As economists, we propose hypotheses, write models, and test them with data,” Alvarez says. “Some of these experiments are so extreme that they lend to speculative answers. However, we still need to test them, and that’s why a good database is so important.”

For some countries, data can be elusive. Abrupt regime changes—sometimes violent—along with corrupt institutions, means that data gaps exist over key timeframes. In those cases, economists have engaged with local officials, in person and long-distance, to comb through records and piece together reliable data. “This is the first effort of its kind,” Alvarez says. “And we’re doing everything possible to get this right.”

The varied experience with inflation is just one of many perplexing questions facing the researchers. As an example, Nicolini and his co-author, Francisco Buera, ask in their paper, “The Fiscal and Monetary History of Argentina, 1960-2013″:

A central mystery for many Latin American economies, according to Kehoe, is that they were poised after World War II for economic success, much like the United States and other developed economies. At that time, Kehoe says, nobody would have predicted East Asia’s rise over that of Latin America, and yet that is exactly what happened. But why did it happen? “I’m not going to tell you that we’re going to provide all of the answers,” Kehoe says. “But we are going to arrange the stories.”

That was the advice of Francois Velde, senior economist at the Federal Reserve Bank of Chicago, and a discussant at the recent conference. An economic historian, Velde encouraged his colleagues to “find a narrative” among their many narrow points of research. In his closing remarks, Sargent repeated Velde’s advice, reminding the gathered economists of the scientist’s job to spot patterns and to organize them in meaningful ways.

One of the scholarly inspirations for this research effort is the 1981 paper by Sargent and Neil Wallace, “Some Unpleasant Monetarist Arithmetic,” which warned policymakers against overconfidence in monetary policy for controlling inflation without simultaneously considering the underlying fiscal challenges.  While Sargent and Wallace wrote about unintended consequences of US deficits, the issues that they raised—along with those embedded in research on the so-called “fiscal theory of price level’’ by Michael Woodford, Christopher Sims, John Cochrane and others—carry over more generally to Latin America and other economies around the world.

While some may be concerned that studies of Latin America are too unique to be of a broader economic interest, Alvarez challenged this viewpoint and encouraged the economists to revisit another 1981 paper by Sargent, “The Ends of Four Big Inflations.” In that paper, Sargent stressed that contemporary countries—like the United States—had much to learn from the past struggles of other countries, a lesson that applies today: “… I have encountered the view that the events described here are so extreme and bizarre that they do not bear on the subject of inflation in the contemporary United States. On the contrary, it is precisely because the events were so extreme that they are relevant. … I believe that these incidents are full of lessons about our own, less drastic predicament with inflation, if only we interpret them correctly.”

As scholars have probed into the details of different countries’ experiences, they have exposed important contributing factors to how macro policies operated in the past. While the economic models necessarily pose monetary and fiscal policy in formal ways, there are important institutional details that undermine the actual conduct of these policies. This becomes an important part of the narrative of the experiences in these economies. The value of stable institutions immune from corruption, and longer-term commitments to credible policies not vulnerable to short-sided political motives, emerge as common themes from this exploration across various Latin American economies. The cross-country comparisons will open the door to further strengthening our understanding of the circumstances when monetary and fiscal policy and their interplay can either enhance or weaken economic performance and development.

Spotlight on Chile with Jose De Gregorio, Former Governor of the Central Bank of Chile and Professor of Economics, Universidad de Chile 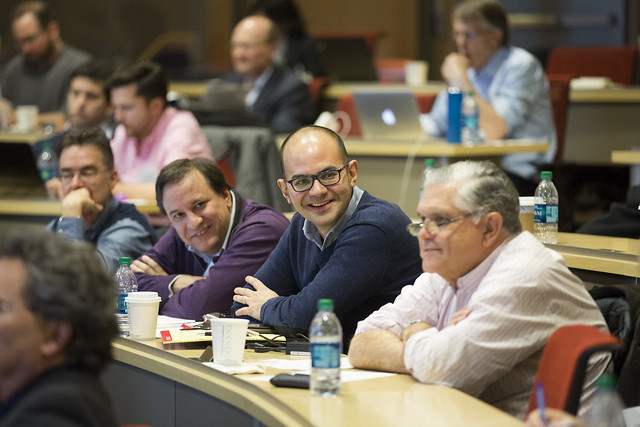